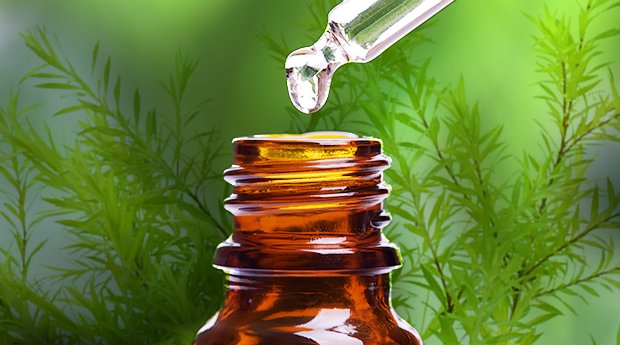 “I love essential oils now…. before mold I never even considered them. I actually was not aware of how harmful a lot of the cosmetic and cleansing products that are on the market are; because of the ingredients still allowed to be used in our country. I never stopped to consider the ingredients in any product because I never was sick or had health issues. Like most people, I don’t stop to pay attention unless i’m being personally affected or someone I care about is being affected in some way. Mold changed all of that for me. While recovering from mold I needed to decrease the toxin load to my son’s body and mine in every way possible so that  I could increase the chances of healing ourselves. This led to a HUGE awakening! I mean HUGE AWAKENING!  I can not believe that we have harmful and cancer causing ingredients in so many of our topical products and other products many people use and surround themselves with everyday. An app that our team has found helpful in determining safe products for home and beauty is Think Dirty. 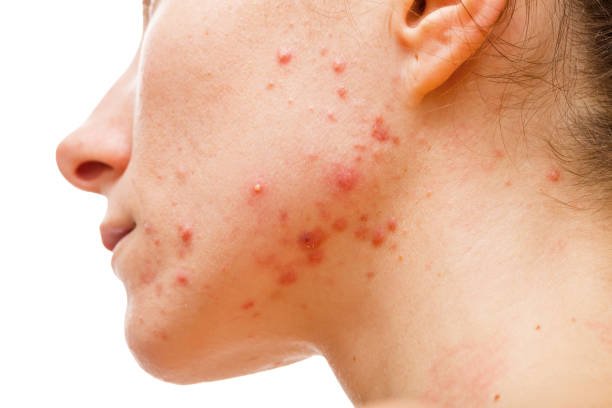 However, one of the oils I found to help with the severe acne, cysts and skin inflammation that mold caused to develop on my face, neck and back… was tea tree oil. Today, 5 years later, I still use tea tree oil every single day. While recovering from mold, Tea tree oil was my savior… it decreased the inflammation on my skin and helped speed up the healing of all the nasty infections from the acne and cysts plaguing me from my mold exposure. Nothing worked better for me. Many people that I have spoken with who are being affected by mold say that they too developed acne and painful cysts on their skin and can’t seem to get rid of it. I believe in Tea Tree oil to help remedy this problem and provide a safer topical solution versus other commercialized products that contain potentially harmful ingredients. It helped me…but just as mold affects everyone differently… a solution for one person may not be the best one for another. Always do your own research and talk with a doctor that knows your medical history and you the best to find you the safest and healthiest ways for you to heal.”

Below are some of the reasons why Tea Tree oil is Amazing…. (1)

Tea tree oil is one of the most widely used and popular essential oils in the world. It has been used for hundreds of years by the indigenous people of Australia and New Zealand for many common health ailments. This article will share with you six great ways to use tea tree essential oil, plenty of interesting research into its health benefits, and why tea tree oil needs to be part of every home’s first aid kit.

Like eucalyptus, tea tree also belongs to the myrtle plant family Myrtaceae. The variety most often used for medicinal purposes is Melaleuca alternifolia. Other varieties of melaleuca are popular with aromatherapists too, such as Melaleuca quinquenervia (also known as naiouli) and Melaleuca ericifolia. But Melaleuca alternifolia is the most commonly used and studied variety which we’ll focus on here.

How Tea Tree Oil Got Its Name
The tea tree got this name when the 18th century sea captain, James Cook, traveled to Australia. The story goes that he was given some herbal tea brewed from the leaves of the melaleuca tree. He liked it and he dubbed the tree the “tea tree.” Captain Cook reportedly even gave the tea to his crew to prevent scurvy.

Tea tree grows abundantly in Australia, but is also found in New Zealand, Florida, China, France, and even Guatemala. They grow especially well in swampy regions − tea trees like having damp feet!

The essential oil is steam distilled from the leaves of the tree. It takes 1,000 pounds (454 kilograms) of Melaleuca alternifolia leaves to yield 10 to 15 pounds (4.5 to 6.8 kilograms) of essential oil. The aroma is pungent, like camphor, but also spicy and fresh like eucalyptus, with a distinct medicinal quality.

Historical Use of Melaleuca Alternifolia
The indigenous people of Australia have a long history dating back thousands of years. They used (and still do use) tea tree extensively for healing. Traditional uses include healing poultices for cuts, wounds, and infections, as well as inhalation of the vapor from crushed leaves to treat respiratory complaints. They also drink a tea from the crushed leaves to help heal colds and flu, and make an ointment using crushed tea tree leaves combined with animal fat for applying to wounds and other skin complaints.

In the 1920s, Dr Arthur Penfold, a well-known Australian chemist, found that tea tree oil was 13 times stronger − and more effective at healing infections − than carbolic acid which was the common disinfectant of that era.

Australian servicemen of the 1930s and 40s included tea tree oil in their personal first aid kits, thus possibly being responsible for its worldwide popularity.

The Phytochemical Content of Tea Tree Oil
There are well over 100 phytochemicals (natural, plant-derived chemicals) in Melaleuca alternifolia. It is mainly comprised of terpenes, monoterpenes, sesquiterpenes, and their alcohols. The phytochemical in largest quantity is terpinen-4-ol, which in a typical sample is at least 40% of the oil. The other compounds found in the highest quantity include alpha-pinene, alpha-terpinene, limonene, 1,8-Cineole, gamma-terpinene, and alpha-terpineol.

Tea Tree Oil’s Top 10 Healing Benefits
Hundreds of research articles have been released on tea tree oil/melaleuca alternifolia which attest to its healing qualities. Here are just 10 of the health and healing benefits that researchers have attributed to tea tree oil:

1. Anti-bacterial, Antiseptic, Antioxidant
Tea tree oil has long been used to get rid of the bacteria that cause body odor and acne. Recent research indicates it is also effective against some fairly deadly bacteria such as methicillin-resistant staphylococcus aureus, better known as MRSA, which is currently plaguing our hospitals and medical facilities.

American researchers reported in 1999 that one of the ways tea tree oil helps is by activating white blood cells which are part of the immune system. French researchers investigating tea tree oil in 2006 stated, “Melaleuca alternifolia essential oil may not only act as an anti-inflammatory mediator through its antioxidant activity but may also efficiently protect the organism by reducing the proliferation of inflammatory cells without affecting their capacity to secrete anti-inflammatory cytokines.”

October 2016 research appearing in Applied Microbiology and Biotechnology by Chinese researchers found that tea tree oil was quite effective against Escherichia coli, Staphylococcus aureus (golden staph), and Candida albicans. It worked by compromising the cell membrane of these bacteria and fungi, ultimately leading to cell death.

One of the problems associated with widespread use of antibiotics is that bacteria are developing resistance to these drugs. In 2015, Brazilian researchers found that tea tree oil was effective against Staphylococcus aureus which exhibits resistance to multiple antibiotic drugs.

Interestingly, Malaysian researchers published an article in 2013 in the journal Phytomedicine which investigated the relationship between various essential oils and antibiotics. The researchers found that none of the oils evaluated (including melaleuca alternifolia) caused an adverse reaction when taken with various antibiotic drugs. They found that the use of some of the essential oils (namely peppermint, cinnamon, and lavender) along with antibiotics provided a synergistic effect!

2. Anti-cancer
Joint Australian and American research reported in Journal of Dermatological Science in 2012 found that tumor-bearing mice given a combination of melaleuca alternifolia and dimethyl sulphoxide (DMSO) activated an immune response and resulted in tumor cell death.

3. Anti-fungal, Anti-mold
Tea tree oil has been used for decades to help treat conditions like jock itch, nail fungus, and athlete’s foot because of its excellent anti-fungal properties.

A 2015 Australian study investigating fungal contamination in indoor environments looked at tea tree oil and four other agents, including industrial strength disinfectants. Researchers noted that of the five substances tested, the tea tree oil exhibited the best inhibitory effect on the growth of the two fungi studied. Tea tree oil was just as effective applied as a liquid or vapor.

Cancer patients often suffer from oral yeast infections due to the treatments they undergo. In 2006, UK researchers found that tea tree oil was effective against 301 different kinds of fungal infections found in the mouths of 199 patients with advanced cancer. Researchers stated that the tea tree oil was even effective against 41 fungi that were known to be resistant to traditional antifungal drugs.

4. Anti-inflammatory, Immune Stimulating
A plethora of research studies exist attesting to the anti-inflammatory properties of tea tree oil. In 2014, Brazilian researchers found that in addition to being an anti-inflammatory, tea tree oil also stimulated human macrophages, a type of white blood cell of the immune system involved in engulfing and destroying bacteria, cancer cells, microbes, etc.

5. Antiparasitic
A study reported in May 2016 by Brazilian researchers discovered that tea tree oil was effective against the eggs and larvae of Haemonchus contortus (aka the barber’s pole worm, a common parasite of ruminants).

A 2009 Italian study found that tea tree oil was effective against equine ringworm.

6. Anti-viral
Tea tree oil has long been used for easing the pain and itching of chickenpox and cold sores, both caused by the herpes simplex virus. Tea tree has also been found to be helpful against influenza; even the H1N1 virus strain.

7. Respiratory Complaints
Tea tree oil has a lengthy history of use for easing lung congestion and infections. Indeed, a Chinese animal study reported in 2016 found that a nanoemulsion of tea tree oil was effective against fungal and bacterial pneumonia due to its anti-microbial, anti-fungal, and anti-inflammatory properties.

Tea tree oil is also very effective against the bacterium that causes Legionnaire’s Disease, which adversely affects the lungs much like pneumonia. Italian scientists reported in 2009 that Legionella pneumophila was “exquisitely sensitive” to tea tree oil. They further stated that tea tree oil should be investigated for use as an anti-Legionella disinfectant, and for control of water system contamination in places like spas, small water lines, and in respiratory medical devices.

Emily Rachal is co-owner of Texas Mold Inspectors, (or TMI), along with her husband, in the Houston, TX area.  After her family’s devastating experience that not only injured her whole family, but also resulted in the loss of their youngest son Malachi, she and her husband have dedicated their lives to now educating and assisting families affected by toxic mold with their state-licensed mold inspection company.

Emily is the founder and owner of MAM. Additionally, she has recently started a non-profit organization in the name of her youngest son, called Malachi’s Message Foundation, to aid in financial support and offer hope to families who feel isolated and are unable to afford all the complex obstacles of overcoming a toxic mold exposure.